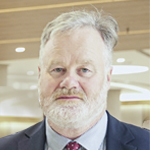 
Earl of Limerick is an Anglo- Irish peer and son of Patrick Pery, 6th Earl of Limerick. He was educated at Eton College, the Pushkin Institute and New College, Oxford. He then continued his studies at City University London, graduating with a Diploma in law. He was known by his father's subsidiary title, Viscount Glentworth, until he inherited the Earldom on 8 January 2003. In 1987, he was admitted to Middle Temple. He then pursued a career in the Foreign and Commonwealth Office between 1987 and 1992, before becoming a solicitor with various firms until 1996. He was formerly a Director of Deutsche Bank and headed up its Dubai office from 2003, after which he worked for Dubai International Capital and then pursued a career in Private Equity in Emerging Markets. He has always had a keen interest in education and was a Governor of Ardingly College from 2008 to 2019. Lord Limerick now lives on his farm in Sussex where he runs a diversified set of businesses including renewables (solar and Biomass). With his inclination towards the education industry, he has extended his support to become a member of the advisory board at The Woolwich Institute, Dubai.